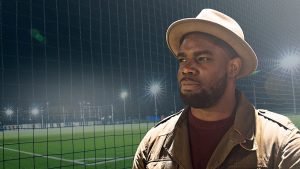 India Opie Meres takes the newly created role of head of development with a remit to expand its factual and fact ent slate. She will report into Scott Melvin, CEO & Buzz 16 co-founder, and Duncan East, the prodco’s MD.

Buzz 16 said the appointment would “supercharge” its slate and allow it to tap further into the company’s network of sports stars and work with them to produce documentaries, formats, features and shorts.

Shows produced to date include documentary Micah Richards: Tackling Racism, as well as docuseries Class of ’92: Full Time and YouTube series The Overlap, fronted by Buzz 16 board member Neville.

The prodco was launched in 2017 by Melvin and Neville, with East joining later to take top his MD role. It now employs almost 50 people and has a slate across live broadcast, factual formats and podcasting.