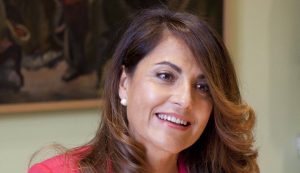 Onza, the Spanish producer behind The Department of Time, has sold an undisclosed stake in the company to Maite Bulgari, who is behind Italian companies Garbo Produzioni and Anthos.

José María Irisarri, Gonzalo Sagardía and Nicolás Bergareche, the founding members of Onza, will remain shareholders and continue to manage the business, while Bulgari, Raúl Ballestero and Stefano Torrisi will join the board.

Onza said the deal would allow it to expand globally and develop, produce and distribute joint projects with Bulgari, who becomes VP at the Spanish firm.

Bulgari is behind series such as L’Ispettore Coliandro and La Porta Rossa, while Onza’s slate ranges from Little Coincidences to Parot and Hernán.

José María Irisarri, Onza president, said the deal “means opening a new growth phase in which we share the strategic vision and ambition to produce the best content in Spanish-speaking markets and in related territories such as Italy, where Maite has a great team of executives led by Stefano Torrisi.”

Bulgari added: “I am very happy to have found a strategic partner for us in the Spanish and Latin American markets, who shares my passion for stories and enthusiasm for finding original content in the audiovisual world. I am convinced that together we will be able to carry out an industrial project that will consolidate our skills and produce quality content bringing our stories to other territories.”

Onza has been expanding recently, launching a US division in 2021 and producing a drama series for Spanish-language streamer Vix+. Bulgari set up Garbo Productions in 2017, with a Spanish arm, Garbo Stories, launched this year.