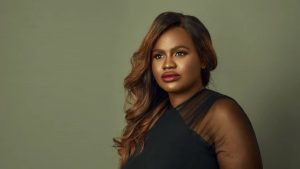 Amazon’s Prime Video SVOD service has inked a three-year exclusive deal with Jáde Osiberu, the Nigerian co-writer and director of Gangs Of Lagos.

Osiberu and her production company, Greoh Studios, will create and develop original scripted TV shows and movies for the streamer, as part of its push into the African market.

Osiberu is a well-established local filmmaker, whose credits include Sugar Rush, Isoken and Gidi Up. She is also behind the upcoming crime thriller feature Gangs Of Lagos, which will be the first Nigerian original on Prime Video following its launch later this year.

Directed and produced by Osiberu, alongside Kemi Lala Akindoju and Akin Omotoso, the movie follows a group of friends who each have to navigate destiny while growing up on the streets of Isale Eko, Lagos

“I am overjoyed with this collaboration and already feel like I’m part of the Prime Video and Amazon Studios family,” said Osiberu. “It will be an absolute pleasure to introduce Prime Video audiences to the most exciting talent and storylines Nigeria has to offer.”

Wangi Mba-Uzoukwu, head of Nigerian Originals, Prime Video and Amazon Studios, added: “At Prime Video, we are looking to work with original voices, to tell authentic stories that offer a local point of view and connect with our audiences, wherever they may be.”