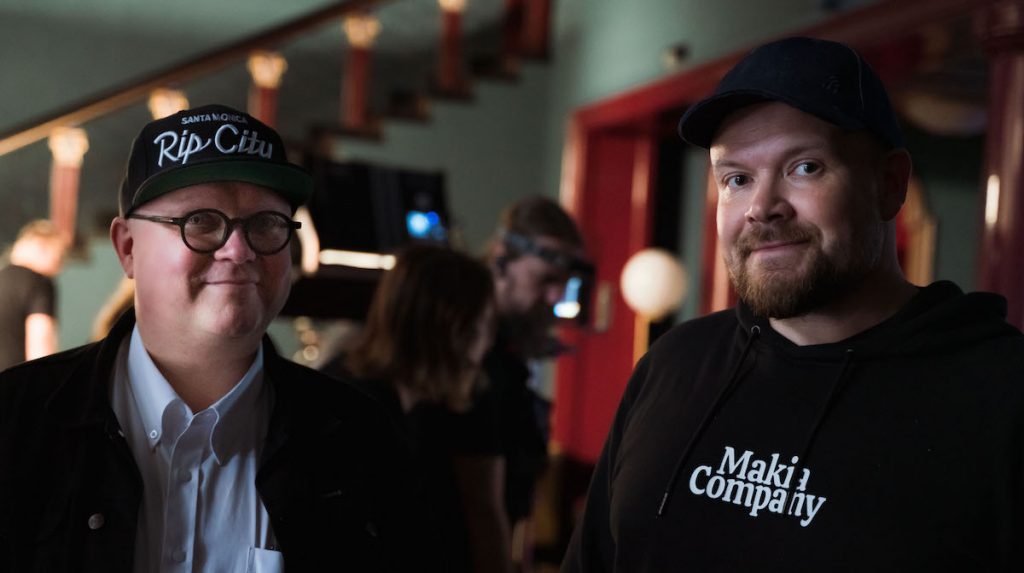 Ilkkas’ Creative Studio (ICS) will be led by Hynninen as chairperson and creative director, with Rahkonen becoming CEO. The company will develop and produce scripted and documentary series aimed at global buyers.

Hynninen launched Aito Media in 2003 and the prodco went on to become a major Finnish prodco, with shows such as short-fiction series Pirjo and comedy show Almost True?. It was subsequently acquired by Lagardere Studios, which itself was bought by Mediawan in 2020.

In 2021, Hynninen left to co-found Take Two Studios with Eero Hietala and Lasse Koskinen. It will collaborate with ICS on a slate of co-productions, but both companies will now function as independent operations.

Former YLE and SBS director Rahkonen, meanwhile, has worked in commercial and public media for three decades, most recently building a media hub in the Finnish city of Tampere.

Hynninen said: “We both love taking inspiring stories to screen and putting commercial ideas into action — and we also want to become more involved in international IP creation and talent. Individually, Ilkka and I have been making stories with impact for the last 20 years.

“By joining forces in ICS, we have the experience, energy and vision to create outstanding entertainment in co-operation with the world’s best creative teams.”

Rahkonen added: “It’s not only sharing a first name that connects us: Ilkka and I also share the belief that Finland is ready, willing and able to create globally-minded content.

“I’ve worked for years to catalyse Finnish content on the international market. At last, it feels that the world has finally woken up to our creative potential, which makes this the perfect time to launch a production company with the appetite, skill and capacity to make the most of the opportunities.”