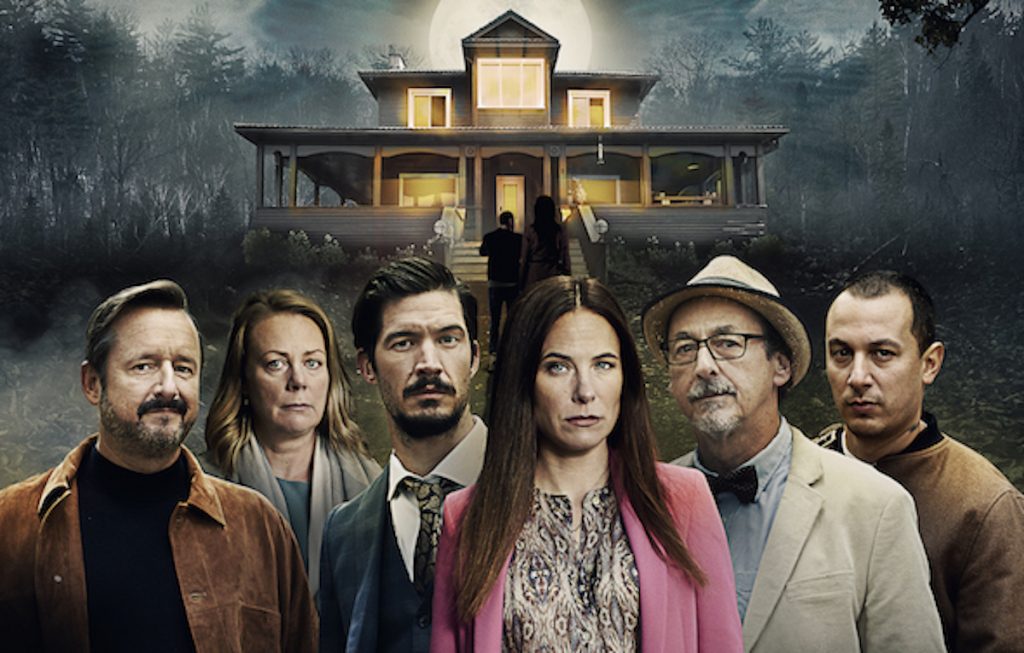 The 6 x 60-minute psychological thriller from Sphere Media debuted on Noovo earlier this year, following the story of six strangers; a former policeman, an art–dealer, a retired teacher, a marketing director, a criminal lawyer and a businesswoman, en-route to a reclusive billionaire’s home when the helicopter they’re travelling in malfunctions, and makes an emergency landing deep in the forest.

Once the initial shock of the accident has subsided, they stumble across a fishing camp, but a number of disturbing incidents reveal it may not be the safe haven it seems, raising questions about the reason they’ve been brought together, and whether the guests really are who they claim be.

“Oble has been a fantastic champion of the content we make at Sphere, and crucial in generating international recognition, as well as audiences, for our dramas. We couldn’t ask for a better partner,” said Josee Vallee, EVP, scripted and feature films, French content, Sphere Media.

‘Hell’s Kitchen’ gets cooking in Thailand

This will mark the 25th territory that the UK format has launched in, with the competition seeing one renowned head chef welcome a group of hopefuls into Hell’s Kitchen, where they will compete for the chance of a life-changing job in a top restaurant.

Arjan Pomper, MD of global entertainment at ITV Studios, said: “We are thrilled to see that our cooking format Hell’s Kitchen is now entering its 25th territory and proud that this culinary show will soon air in Thailand at BBTV’s Channel 7 for the first time.”

VTM in Belgium has acquired the rights to adventure game show Hunting Season, following a deal with Talpa Distribution.

Dok1 will produce a seven-part season, which will launch tomorrow. Hunting Season is a format of StukTV and Talpa Concepts.

In each episode, a duo of celebrities must flee from a team of three prison guards. These guards have one goal: to catch the fugitives within four hours. The fugitives get a 20-minute head start and must wear a transmitter that sends a GPS coordinate to the hunters, every 10 minutes. They have been given the opportunity to arrange an escape vehicle from prison and one means of transportation for the road. That’s it.

While the hunting team is provided with various tools to track the fugitives from their spy-van, the fugitives have nothing: no phone and no cash. On top of that, blending in is not so easy in a beautiful bright-orange prisoner jumpsuit.