Netflix orders 14th century drama, based on Boccaccio’s ‘The Decameron’ 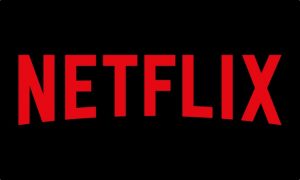 Netflix has commissioned The Decameron, a new period soap drama series, set in 14th century Italy during the Black Death.

Based upon the short story collection of the same name by Italian writer and poet Giovanni Boccaccio, the eight-part series is created by Kathleen Jordan (Teenage Bounty Hunters, American Princess), who will serve as showrunner, and executive produced by Jenji Kohan (Glow, Orange Is The New Black), who is under an overall deal at the streamer.

The Decameron “aims to examine the themes of class systems, power struggles and survival in a time of pandemic with a touch of levity, brought together by a charming and riotous ensemble of characters,” said Netflix.

Set in 1348 Florence, with the Black Death striking hard, a handful of nobles are invited to retreat with their servants to a grand villa in the Italian countryside and wait out the pestilence with a lavish holiday. But as social rules wear thin, what starts as a wine-soaked sex romp in the hills of Tuscany descends into an all-out scramble for survival.

“Kathleen Jordan is the real freakin’ deal. I am so excited and grateful that I get to work with her and we get to make this awesome, funny, timely, weird show together for Netflix,” said Kohan.

Jordan added: “I’m absolutely thrilled that I get to work with Jenji, Tara, Blake, and Netflix again. I can’t wait for people to meet this ridiculous group of characters. I’m sure Giovanni Boccaccio would be… confused?”