141 Productions will focus on factual and factual entertainment programming, and will sit within Objective Media Group (OMG). The label will be run by joint creative directors Toby Stevens, OMG’s head of Scotland, and Hannah Brownhill, who was most recently Maverick UK’s creative director. 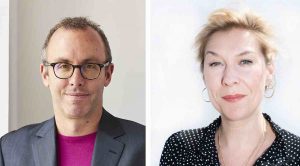 The new company will be based in Glasgow with a London office and aims to “nurture its existing talent pool across development and production as well as bolstering opportunities for emerging talent based in Scotland,” All3 said.

TBI understands there will be no job losses as a result of the restructure, with around 10 members of staff coming together from OMG Scotland and Maverick UK to create 141.

Maverick Television will continue to be run from LA by CEO Simon Knight who moved to the US in April to oversee the development and production of series for the US market, following the departure in February of John Hesling, Maverick’s US president.

Brownhill said: “With a strong slate to build on, Toby and I look forward to growing 141 into a creative and inclusive hub that nurtures local talent and uses those insights to develop ideas that reflect viewers lives and entertain audiences across the nations.”

Layla Smith, CEO of Objective Media Group, added that the move to combine the production companies was “an exciting and important next step in supercharging OMG’s existing nations operation.”

OMG Scotland’s slate includes It Was Alright In The… for Channel 4 and Last Commanders for CBBC, while Maverick’s slate has ranged from aforementioned Embarrassing Bodies – which relaunched on E4 in May – to 10 Years Younger In 10 Days for Channel 5.