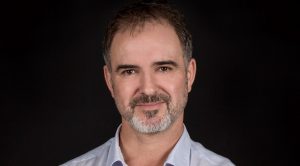 The CEO of the New Zealand Film Commission has stepped down amid a conflict of interest review.

David Strong had been on leave since May after a review was ordered, following concerns that a project he was working on – The Pilgrim – had secured development funding from NZ on Air.

Strong said his interest in the TV adaptation of The Pilgrim – first created as a movie more than a decade ago – had been “fully declared” before his appointment, “with expert advice” sought.

“Recently, the Board and I have worked through the issues. We have agreed, sadly, that my continuing growing private commitments are no longer compatible with this role.”

Strong added: “It has been a privilege to be the CEO of the Commission, working with the highly committed team and passionate film-makers across New Zealand and internationally.

“It is a role that I have taken very seriously and given my all to. But my commitment to a significant television project that I’ve been working on for a number of years means I have decided that I will leave the Film Commission.”

Kerry Prendergast, chairperson of the commission’s board, added that the NZ Film Commission “respect his decision to step down as the best way forward for him and the Board of the Film Commission at this point…”