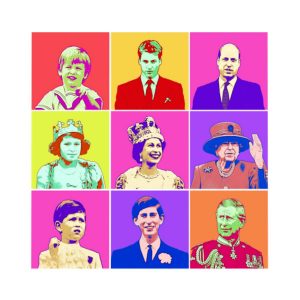 Channel 4 in the UK has ordered a three-parter from domestic prodco Spun Gold TV that examines the current standing of the British Royal Family as it steps up its succession planning.

The Real Windsors (3 x 60 minutes) looks back at how The Queen’s vision helped to ensure the ongoing success of the family, before the show explores the issues that will face future monarchs, Prince Charles and Prince William.

It is being produced and directed by Peter Gauvain, Nick Blakemore and Kim Lomax, and executive produced by Teresa Watkins. It was commissioned for C4 by Louisa Compton & Nevine Mabro. All3Media International has worldwide distribution rights.

Off The Fence (OTF) has unveiled a slate of factual content focusing on climate change, biodiversity, and the future of our planet.

Two projects are being produced in collaboration with EarthxTV, the production arm of the non-profit environmental forum that seeks sustainable solutions to the most urgent environmental challenges. The first, The Future From Above (4 x 60 minutes), is a co-production between OTF Studios, Sky, EarthxTV, Korean TV Channel, ENA (KT Skylife TV) and Borderless Lab, with funding from Korean Communications Agency, KCA.

The series focuses on how the world could look in 2050 if we embrace the revolutionary technology and thinking needed to transform every aspect of our lives, from how we communicate, harness energy and travel to how we live, eat and recycle our waste.

The second OTF/EarthxTV co-production is Ocean Mysteries, an 8 x 30-minute show featuring Tom ‘The Blowfish’ Hird, whose recent television projects include Fishing Impossible for the BBC.

In his new series the marine biologist, scuba diver and wildlife expert combines stunts and pop-science demos with stunning natural history footage and engaging analogies to unravel the mysteries behind a colourful cast of ocean creatures.

Elsewhere, Wild Hope is being produced by HHMI Tangled Bank Studios and Part2 Pictures, in a co-production with Wild Elements. The show profiles everyday people, conservationists and scientists who are restoring and protecting our planet.

Finally, The Endangered Generation (working title) has been acquired from Australia’s Sweetshop & Green. The new feature documentary challenges the myth that our world is fundamentally driven by selfishness and competition.

Pakistani streamer Urduflix has picked up rights to a Korean drama, following a deal with Gary Pudney’s O4 Media.

The acquisition will see the KBS drama Healer (20 x 70 minutes) debuting on the steamer in August, marking the third show to be picked up by the Pakistani OTT service. The deal was brokered by Nixon Lim.