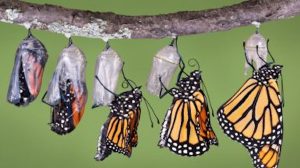 PTS in Thailand has picked up two titles produced by Guindala Production & Ampersand – the 1 x 52-minute Becoming Butterfly and the 1 x 52-minute The Realm Of Ants, both of which offer and insight into the world of insects with unique filming techniques and devices.

Meanwhile, KBS in Korea has acquired Ampersand’s 1 x 52-minute Animal Destinies – The Three Little Warthogs, which observes the animals as they emerge from their burrow for the first time and joins them on their adventures to grow, play, fight and facing dangers in the savannah.

In Malaysia, TV Sarawak has acquired 8 x 24-minute architecture series – A House Of Its Time, which reviews the building secrets of magnificent residential heritage houses of Asia like the black-and-white houses of colonial Singapore, the joglos in Indonesia, the plantation bungalows in Malaysia and the country manors in Sri Lanka.