Disney+ extends Italian originals with ‘The Lions Of Sicily’ 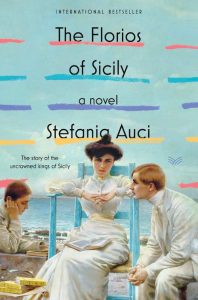 Disney+ has unveiled its latest Italian original, with an adaptation of Stefania Audi’s The Florios Of Sicily.

The eight-part show, which has started production, will be known as The Lions of Sicily and is being directed by Paolo Genovese (Superheroes). Ludovica Rampoldi and Stefano Sardo are attached to write.

The drama is set in the 19th Century and follows two brothers working in the spice trade, who turn a fledgling business into a major economic success.

Francesco and Federico Scardamaglia are attached to produce for Compagnia Leone Cinematografica, while and Raffaella Leone and Marco Belardi are onboard for Lotus Production.

Disney+ originals from Italy include