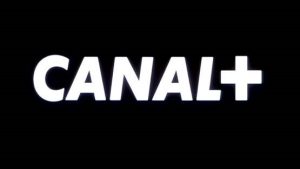 Canal+ is reportedly looking at taking a minority stake in US studio Lionsgate as part of a ramp-up of efforts to break into the US market and secure a pipeline of content as other US studios seek to retain their rights.

Canal+ and owner Vivendi have for some time been in the frame as potential bidders for a stake in Lionsgate-owned pay TV and streaming outfit Starz, along with streaming device provider Roku.

The FT reported in May that Canal+ was looking to acquire a stake in Starz, while interest from Roku and private equity outfit Apollo had earlier been reported by the Wall St Journal.

Lionsgate is planning to spin off Starz as part of a strategic shift and recognition that it is likely to remain a minor player in the global streaming business.

However, French financial daily Les Echos reports that the French pay-TV outfit could take a significant minority stake in Lionsgate itself.

Canal+ has an international presence in Europe outside of France through its M7 subsidiary and its presence in Poland, as well as an extensive base in Africa and parts of Asia. However, it lacks a significant presence in the US.

According to the report, Canal+’s aim would be to forge an industrial partnership with Lionsgate to establish a production presence in the American market, giving it some independence in securing a pipeline of content.

Part ownership of a US studio would also give the pay-TV operator more leverage in distributing its own content, including films such as Paddington, in the US market.

Lionsgate has seen its share price slide by close to 75% over the last four years, giving Vivendi-owned Canal+ an opportunity to acquire a stake at a favourable price.