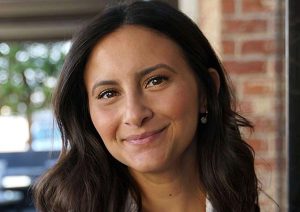 Mamán, who joins after a seven-year stint at Universal Content Productions (UCP), becomes VP of television at AGBO, which is behind Amazon Prime’s upcoming series Citadel and EPIX drama From.

She will report into fellow UCP alum Scott Nemes, who was named AGBO’s president of television in May.

The appointment will see AGBO’s Kassee Whiting promoted to become SVP of film.

Whiting has been with AGBO for five years and now has a remit that includes feature film development. She continues to report to AGBO president of creative, Angela Russo-Otstot.