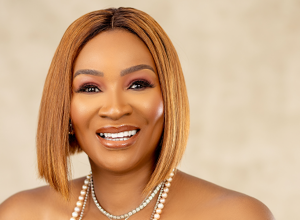 Lagos-based LaVida, which is behind Seven on Netflix, as well as Third Party, Stuck and Eye-Witness for AfricaMagic/Showmax, has struck a three-year exclusive deal with the Dentsu International-owned firm to create a slate of 10 film and TV properties focused on bringing African stories to the global market.

The agreement covers both scripted and unscripted feature film and TV projects, with production serviced exclusively by LaVida Studios for all Africa-based production out of The Story Lab US.

LaVida has received backing from PAC Capital, with an initial financing commitment of $50m for production of its film and television projects, including this new collaboration with The Story Lab US. The financing comes from PAC Capital’s PanAfrican CCI Fund 1 (PCCIF 1), a $100million fund dedicated to financing film production and distribution in Africa.

Developments are also underway for the two companies to team up with the annual African International Film Festival (AFRIFF) to create an AFRIFF/Dentsu & TV program, which would recruit and support top African writing talent in creating original stories which appeal to a global audience.

“We are thrilled to be working together with Dentsu and its The Story Lab team in the US to bring authentic and compelling African stories to the world”, said Chioma Ude, founder of AFRIFF and managing partner of LaVida Studios.