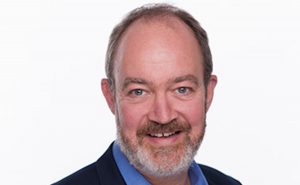 Thomson, who has also previously held senior management roles at Tiger Aspect, Endemol and Optomen Television has joined the Attenborough’s Life In Colour producer after working with the business for two years in a freelance non-executive director capacity.

Its previous productions include Attenborough’s Life In Colour’ for the BBC, Netflix and Channel Nine Australia, David Attenborough’s Natural Curiosities for UKTV, BBC Worldwide and BBC2; Attenborough And The Giant Elephant for BBC One and CBC and Amazing Pigs for Terra Mater Factual Studios, Smithsonian Channel and Arte.

“Having spent so much of my career at large super-indies it has been really interesting working with a truly independent company, which has such a great reputation for making brilliant programmes. I am very much looking forward to being part of the continued growth of this exciting and talented company” said Thomson.