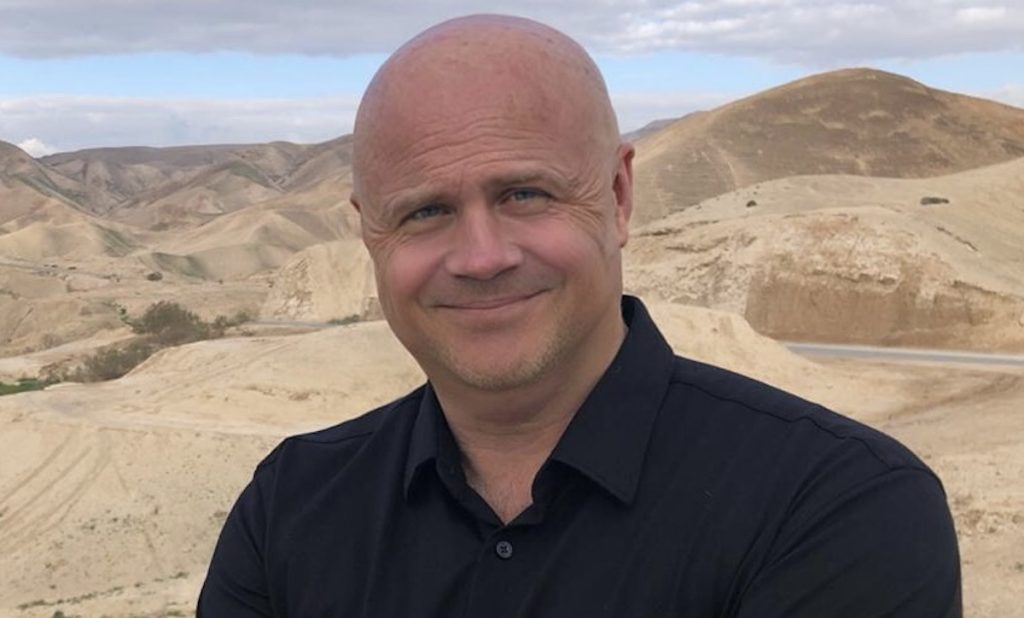 With the first-ever Wales Screen Summit (Copa Cyfryngau Cymru) launching tomorrow, TBI’s Mark Layton caught up with show organiser Emyr Afan to find out what attendees can expect from the inaugural event, and why UK government policies will be the hot topic this freshman year.

The day-and-a-half-long summit is taking place in the Welsh capital, Cardiff, from 15-16 June, and produced by the recently rebranded Afanti Media (previously Avanti Media). Afan is CCO and joint–CEO of the Cardiff-based production company, alongside his wife, Mair Afan Davies, with the firm behind shows including Songs Of Praise for BBC One, the Mobo Music Awards for Channel 5 and The Perfect Pitch for Channel 4.

Top execs from the BBC, Channel 4, S4C, Paramount and others have been confirmed to attend, with panels featuring channel bosses, directors, commissioning editors and development producers, who will showcase productions taking place in Wales, as well as tackle some of the industry’s biggest issues and threats.

Afan tells us that around 150-180 delegates are expected – a number he says he is “delighted” with for the summit’s first year.

Why was now the right time to launch the Wales Screen Summit?

I have long felt that with Wales being the third largest media powerhouse in Britain after London and Manchester that we should have as a nation our own conference to set the agenda more on things that matter to us in terms of broadcasting, identity and the challenges facing us.

Right now, it feels like all the good work done by Channel 4 and the BBC in particular in the nations and regions over the past few years is beginning to be unpicked by the new agenda that the current government has. It’s fair to say that the Wales Screen Summit has come from a groundswell of dissatisfaction with how government sees broadcasting and its importance in the regions. Their current policy goes against the levelling-up agenda and needs to be scrutinised further. We also have a lot of great commissions to celebrate and discuss more how things can be improved from a Welsh perspective.

What kind of audience are you hoping to attract and what can attendees expect from the event?

From current sales and delegate registration, we have a mix of indies and freelancers from all over the UK attending, some Welsh Government officials and trade bodies such as Pact, TAC and ScreenSkills. We’ve also attracted a few media lawyers and investors in the media space. It’s quite a varied programme for a first year event, ranging from scripted to non-scripted panels, investment, the skills shortage and also a tongue-in-cheek approach to the frustrations of the development process and also tackling portrayal and unconscious bias with ‘Who Do The Welsh Think They Are…?’

What can you tell us about some of the highlights of the summit?

I think that highlights of the summit will be hearing what Ian Katz, chief content officer at Channel 4, who is in conversation with Jason Mohammad, has to say in response to the White Paper and the no confidence vote the other day. Secondly, the Q&A session hearing from Rhodri Talfan Davies, director of nations at the BBC, who will also be in conversation with Jason Mohammad, and will respond to the announcement of further cut-backs at the BBC.

We are keen also that local producers look beyond the local providers more, which will be discussed in other sessions featuring Amazon and Red Bull, which are important to secure the plurality of supply to sustain the industry. We cannot over-depend on public service broadcasting going forward, given the constant threat it is currently under from government.

Some of the confirmed panels are focused on challenges and threats to the industry. What do you think are the biggest obstacles faced by the Welsh TV sector?

The biggest obstacles facing us in Wales are the unpicking of regional successes by the privatisation of Channel 4, which it is said will mean £300m less per annum to the sector. Similarly, the challenges facing the BBC is equally unnerving for the sector at a time of increased living costs and an uncertain marketplace post-Brexit and Russia’s position on the world stage. The government would be wise to consider consolidating and growing what we have and not dismantling it at this time.

Co-productions have become ever-more important post-lockdown, what does the summit have to offer those looking for new international production partners?

Certainly there is a flavour of co-productions amongst PSBs, more S4C, BBC and Channel 4. PSBs need to work more strategically to compete with the SVODs as they do in Nordic countries. Our hope is to develop the conversation more internationally next year. I have just returned from Realscreen in Los Angeles where I was part of the Pact delegation selling British content. It was a very successful week and I have started conversations to affiliate Wales Screen Summit with Realscreen Summit by next year with a view to increasing the profile of international co-production – this was very much their theme this year.