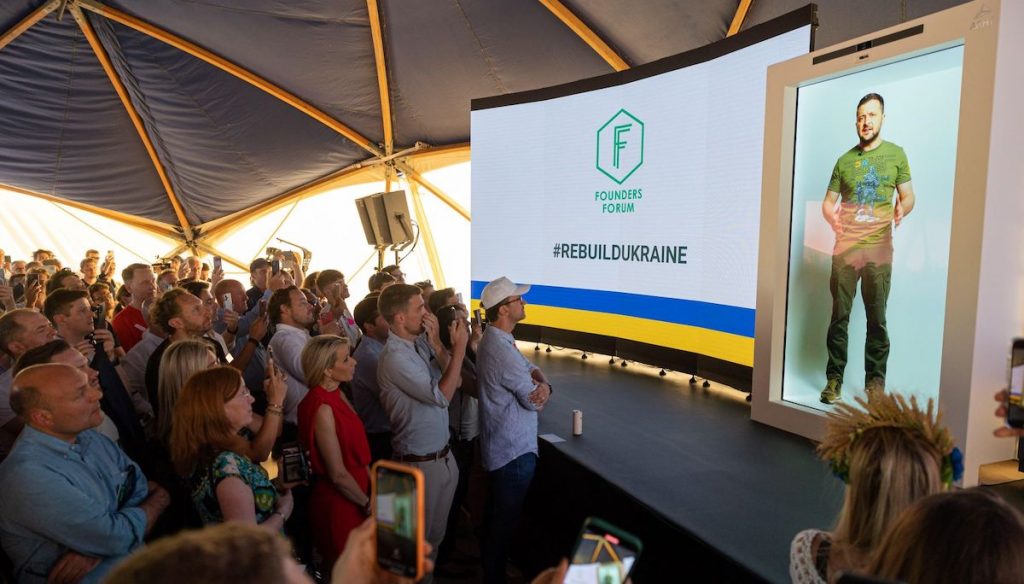 UK-based producer Talesmith has delivered a holographic speech from President Zelenksy at a London event.

The Ukrainian leader’s call for support in his country’s war against Russia was recorded at his headquarters and beamed simultaneously into four major tech conferences across Europe, as well as direct to smartphone users worldwide using immersive AR technology.

The speech was commissioned by Founders Forum and Thomas Hoegh of Garden Studios, while Talesmith founder Martin Williams has been on location in Ukraine with Zelensky to create the show.

The speech also featured an additional message from UK prime minister Boris Johnson and an introduction from activists, CEOs and humanitarians.

The Search for the Virgin of the Rocks is also headed to Switzerland via a three-title deal with RSI Radiotelevisione Svizzera, along with others including 9/11 The Lost Tapes, produced by Arrow Media.

AMC in Spain meanwhile, has picked up Ocean Secrets, underwater cinematographer Mauricio Handler’s exploration of the creatures that live in the world’s oceans. The 50-minute 4K HD documentary has also been acquired by SVT Sweden.

The London-based distributor has also secured sales rights to CBC Canada’s In Your Face, and The Musical Animal, as well as You, Myself And Art.

A new non-profit YouTube channel created specifically for Ukrainian children displaced by the war will launch across the UK and Europe this summer.

Sunflower TV will feature up to 200 hours of Ukrainian and British content on launch on 1 July, initially with about 50 episodes of dubbed children’s programmes such as Peppa Pig, Go Jetters and Ben & Holly’s Little Kingdom.

The channel will also feature shows produced by Ukrainian producers with titles like Brave Bunnies and Eskimo Girl.

The channel has been co-ordinated by UK trade body Pact and is being supported by numerous producers, as well as the Ukrainian Institute London.