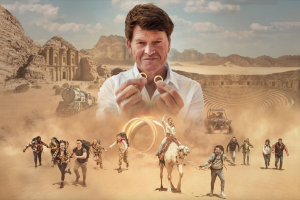 Race For The Rings

Race For The Rings puts engaged couples to the test as they cross the desert in Jordan, competing for the honeymoon of their dreams while taking part in challenges which range from physical, mental and comical.

Van Erven Dorens (Deal Or No Deal) will present the Netherlands version, which has completed filming in Jordan.

Rob van der Vleugel, producer at Endemol Shine Netherlands, said described the format as “utterly engaging with every challenge revealing a new side to the couples to leave audiences gripped.”

James Townley, global head of content development at Banijay, added: “Combining competition, reality, relationships and much more, Race For The Rings has all the key elements which will appeal to a global audience. Alongside Blow Up, EndemolShine Nederland is developing bold, innovative new shows which we feel have a lot of international potential.”