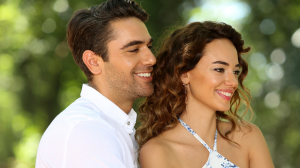 SPI/FilmBox, the channel and streamer operator acquired by Canal+ last year, is expanding its Turkish drama offering Dizi in MENA after striking a deal with a mobile payment operator.

The pact has been agreed with Digital Virgo, which has a growing programme offering called DV Content that provides a catalogue of platforms for telcos and a global distribution network for content creators.

The Dizi deal builds on an existing partnership between SPI and Digital Virgo, which saw channels including FilmBox Africa, FilmBox Arthouse, Gametoon and FightBox made available to multiple countries in Africa last year.

Digital Virgo claims to have built partnerships with over 150 operators in more than 40 countries and handles over 9 billion transactions per year, with a turnover of €390m in 2021.

Georgina Twiss, MD of Western Europe and Africa at SPI International, said the deal would “bring some of the most popular series to both existing and potential Turkish series enthusiasts in MENA.”

France’s Canal+ struck its deal to take a 70% stake in SPI International, which owns brands including FilmBox, Film1 and Kino Polska, last year. Dizi was launched in August and focuses on Turkish content.