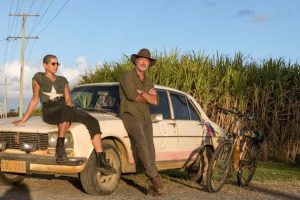 The show, which is based on the Crimson Lake novel series written by Candice Fox, was created and written by Yolanda Ramke (Cargo). She co-directed the series with Jocelyn Moorhouse, Catherine Millar, Ben Howling and Grant Brown.

It will debut in the US on AVOD service IMDb TV (soon to be Amazon Freevee) and has just premiered on Australia’s ABC.

The two companies will offer content creators, rights holders and brands across sports, lifestyle and media & entertainment a “one-stop-shop” to build owned and operated direct-to-consumer services.

The online linear channels will then be distributed and monetised across FAST services such as Samsung TV Plus, The Roku Channel, Pluto TV and others.

Matt Starker, SVP & head of corporate strategy for Endeavor Streaming, said: “Our combined capabilities will alleviate meaningful operational overhead for our clients, allowing them to increase consumer reach of their content and maximise their streaming revenues across multiple business models.”

TV2 Denmark has ordered a movie exploring pregnancy, with SF Studios on board to produce.

Maybe Baby follows two very different couples in fertility treatment who find out that the clinic has swapped the fertilized eggs, setting off an avalanche of conflicts.

The film is directed by Barbara Topsøe-Rothenborg, who has been behind Netflix’s Loving Adults, with the script written by author Pia Konstantin Berg.

The film is distributed by SF Studios in the Nordics and will first debut in Danish cinemas in January, 2023.