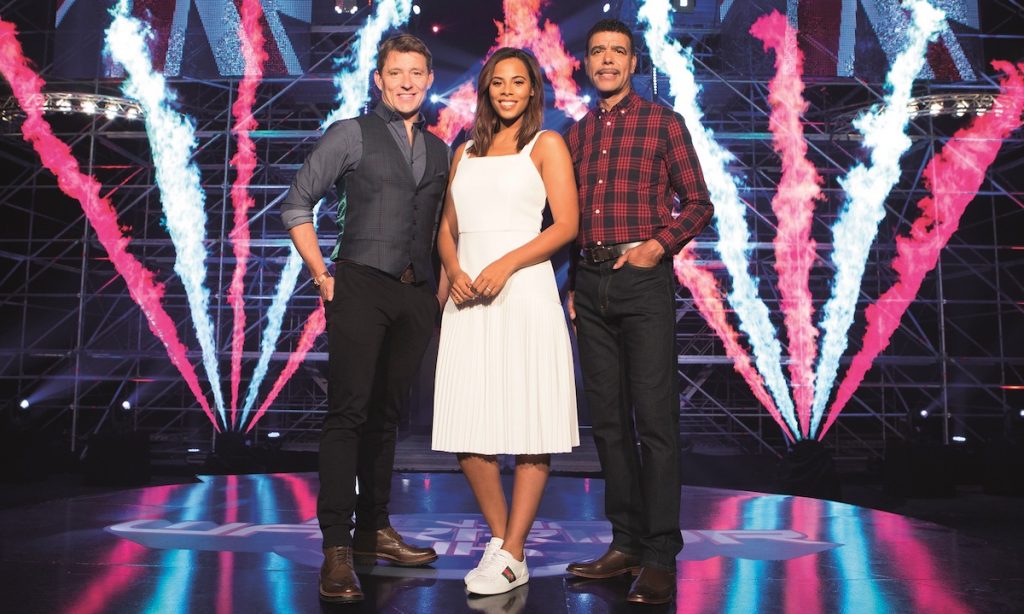 In a twist on the usual proceedings, the show will crown two champions – one male and one female – that prove themselves on “the most challenging course ever.”

The contestants will not only face each other but they will also have to face the ‘Ninjas’ – a team of professional Ninja Warrior athletes – in head-to-head races.

Ninja Warrior UK is based on Sasuke, a Japanese format that first debuted on TBS in 1997. ITV’s first adaptation launched in 2015 and ran for five seasons until 2019.

ITV Studios-owned Potato (The Chase, Moneyball) will produce the new 8 x 60-minute series, which is headed to ITV and ITV hub, with Ben Shephard, Rochelle Humes and Chris Kamara presiding over the action.

The series will be executive produced by Potato’s Michael Kelpie, Martin Scott, and Helen Tumbridge, and is set to go into production in May.

Kelpie, who is MD of Potato, commented: ‘There is no other show like Ninja Warrior UK; it’s bigger, tougher, more exciting than anything else on TV and proper Saturday night entertainment for the entire family.”