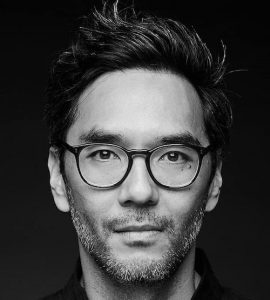 The deal will see Dang Tran develop and produce English and French-language television projects with Universal International Studios for the global market.

Aside from hit series Call My Agent, the French-Vietnamese writer and showrunner also created Nox, a limited series for Canal+. He then went on to write the Netflix series Marianne, which debuted in 2019.

His new upcoming series Parallèles is set to debut on Disney+ on 23 March, following a world premiere at Series Mania. The six-part series is Disney+’s first French-language original drama and tells the story of four friends whose lives are turned upside down when a mysterious event scatters the group into different timelines.

He also recently adapted The Drops Of God, a fan favourite manga about oenology – the study of wines – set in France and Japan. The show is currently in production and will be released at the end of the year.

“Quoc is an incredible storyteller and producer who works across all genres and elevates everything he touches,” said president of UIS Beatrice Springborn, who was speaking here at SeriesMania. “We are honoured he chose UIS as a creative home and are excited to collaborate B and help bring his exquisite visions to life.”

“It’s an absolute privilege to join Universal International Studios, a studio that’s dedicated to telling bold and compelling stories,” said Dang Tran. “I couldn’t be more thrilled to have a creative home at a place where creators’ originality and distinctive vision of the world are truly fostered.”