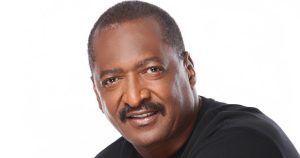 Knowles, the father of popstar Beyoncé and ex-manager of Destiny’s Child, will oversee the new division – to be known as Music World Films & TV (MWFT) – and will focus its coproduction efforts primarily on the US and Italy.

MWFT will develop, finance and produce movies, TV series and docs entered on Knowles’ three decades in the business. The new unit will also house a 10,000-hour library of footage focused on the family’s business in the music industry.

The deal, which will be structured through APX’s Italian arm MMF Global Italia, has already furnished its first project, titled The Mathew Knowles Story and about the music mogul’s life.

Noam Baram, APX’s co-CEO & head of North America, said the projects in the works “will encourage us all to look at our history, respect each other’s perspectives and learn to co-exist in a diverse world that’s united by universal human values.”

Knowles added: “Through this unique collaboration and as head of this new division under APX, I’ll be able to share the story of my life by combining compelling storytelling with access to exceptional talent and music that will both entertain and emphasise a cultural awareness that’s necessary now more than ever.”