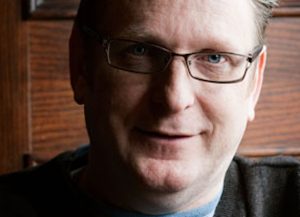 The seed round was led by venture capital company Sure Valley Ventures with a £1m investment, while other backers included Bertram van Munster and Elise Doganieri, the producers of CBS series The Amazing Race.

Retinize was founded in 2020 by father-and-son team Phil and Jack Morrow. Phil Morrow previously launched fellow Belfast firm Wild Rover Productions in 1999, with the indie behind shows including Just For Laughs and Secret Fortune. Aside from Channel 4 and Mentorn, he also worked at Thames and UTV.

The tech venture is currently working on Animotive, a software product that uses VR to transform the 3D animation process by allowing users to create content in a virtual environment.

“We are thrilled to have Sure Valley on board as our lead investor – they have a deep knowledge of the creative tech sector and what impressed us most was the time they took to really understand and challenge our long-term goals and objectives,” said Retinize CEO Phil Morrow.