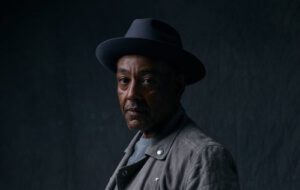 The six-parter, which will debut on AMC and streamer AMC+ in 2023, is being Produced by AMC Studios, in association with A+E Studios and Thruline Entertainment.

The show has been created by Sunu Gonera (Class Of 09) and Danny Brocklehurst (The Stranger), with the latter the original creator of the show with Jim Poyser.

The US version will follow a taxi driver (Esposito) whose life is turned upside down when he agrees to chauffeur a New Orleans-based Zimbabwean gangster notorious for exploiting undocumented immigrants at the U.S. southern ports. Theo Travers (Billions) will serve as showrunner and Gonera will direct the pilot.

Dan McDermott, president of entertainment and AMC Studios for AMC Networks, said the show had been “built” around Esposito and would offer “an unforgettable character who takes what he thinks is a straightforward job opportunity and finds himself confronted with a world that tests him in ways he could never have imagined.”

Esposito, Gonera, Brocklehurst and Travers will executive produce alongside Josh Kesselman and Danny Sherman from Thruline and, from A+E Studios, Jossen and Jamieson.

The Driver joins other recent greenlights for AMC+ and AMC for 2023: Isle Of The Dead; Demascus; and Invitation To A Bonfire.