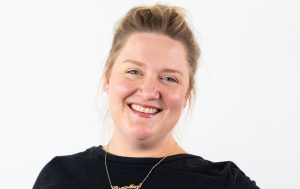 Five Days Inside producer Vincent TV has revealed more details behind its recently launched scripted division, which has struck its first development deal.

Netherlands-based Ginger Fiction is focusing on “high-end series and mainstream theatrical releases” for the domestic and international market, with its show The Guilty featuring in Viaplay’s first Dutch scripted development slate revealed today.

The family/crime drama has been written by Liesbeth Strik and follows a mother who discovers that her teenage son is guilty of murder. It then explores to what extreme lengths she will go to make sure he does not end up in prison.

Vincent ter Voert, who co-founded the prodco in 2014, said: “Taking this step into the scripted world is a natural progression in the growth of our company. Launching our first major scripted development together with Viaplay makes it even better, as we worked so well together on Dragons’ Den, set to be released later this year.”

Visser added that she would be working “with the greatest talents in both the Netherlands and internationally to create exciting returnable scripted content.”

Vincent TV has previously focused on formats focused on humour, talent and topical stories, with shows including Verdict On Demand, Legal House Call, Chateau Planckaert and Palace For A Penny.