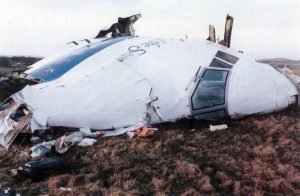 Comcast-owned Sky and US-based sibling Peacock have co-commissioned their first scripted project together, a miniseries exploring the bombing of Pan Am Flight 103.

The five-parter is based on the book The Lockerbie Bombing: A Father’s Search For Justice by Jim Swire, who lost his daughter in the disaster, and Peter Biddulph.

The show will explore the aftermath of the tragedy, which killed all 259 passengers and crew onboard, as well as a further 11 residents on the ground. It will track Swire and his wife’s campaign as they attempt to find out who was behind the attack, which led him to meeting Colonel Gaddafi, various UK prime ministers and a host of US politicians.

The series is written by Jim and Kirsten Sheridan, with Naomi Sheridan guest writing an episode. It is expected to air in 2023 on Sky in the UK, Ireland, Germany and Italy, while becoming available via Peacock in the US. NBCUniversal Global Distribution handles international sales.

Jim and Kirsten Sheridan said the show “takes an intimate and very personal look at the aftermath of the disaster, and we are grateful to all of those, particularly Jim and Jane, who have entrusted us to tell their story, and the story of their loved ones, on screen.”

Nigel Marchant and Gareth Neame are executive producers for Carnival, with Samantha Hoyle exec producing for Sky Studios and Oskar Slingerland also attached. The series was commissioned by Gabriel Silver, director of commissioning for Drama at Sky Studios.