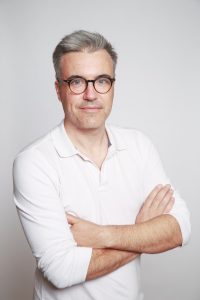 Lelardoux starts today and will formally take over responsibilities from Jacquot in January 2023, with the company also enacting a wider restructuring of senior execs.

Lelardoux’s remit will include developing Newen Kids & Family – Blue Spirit’s holding company, renamed at the start of the year – which will seek out new talent and production companies in France and abroad.

He has been studio director and associate producer at Cyber Group since 2005, directing more than 700 episodes of a dozen animation series, including Gigantosaurus, Zou and The Chronicles of Zorro.

Following the appointment, Blue Spirit has restructured around four associate MDs. These are:

“It has been a great privilege to work with Eric over the past four years and we are delighted he will continue to accompany Blue Spirit until mid-2023,” said Roman Bessi, CEO of Newen Studios.

“Eric has always been keen to prepare for the next steps in the best possible conditions and to find a structure that capitalises on Blue Spirit’s talents while also strengthening them. He couldn’t have found a better choice than the arrival of Olivier Lelardoux, whose skills, experience and positive energy will accelerate the development of animation within the Newen group even further.”

Jacquot added that he was leaving the company “in the hands of a wonderful team”, while Lelardoux said he would “continue Eric’s work, to support the teams during the extensive transformation of our industry, and to explore new content and creative territories.”