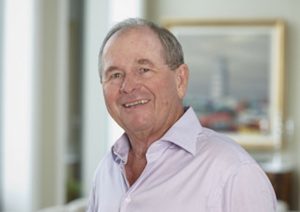 Neil Balnaves, the Australian philanthropist and former Southern Star Group boss has died in a boating accident near Tahiti this week, aged 77.

The exec had originally been appointed to head up the Australian arm of US animation company Hanna-Barbera, before leading a management buyout in 1988 and rebranding the firm as Southern Star.

The news of his passing comes 20 years after he was involved in another boating accident in Queensland, in which he was seriously injured and led to him stepping away from his TV career. Turning his energies towards philanthropy, Balnaves donated some $20m to arts organisations and founded the family-run Balnaves Foundation with his wife Diane and children.

The charity grants $3m each year to organisations across the arts, medical and education sectors in Australia.

The Balnaves Foundation released a short statement confirming his death. It said: “The Balnaves family sends their heartfelt thank for people’s kind words and wishes and kindly requests privacy at this difficult time.”