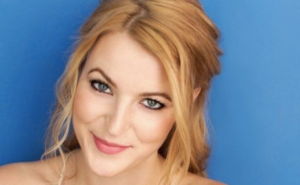 The play is set in 1835 and is set in the village of Haworth, England, where 19-year-old Charlotte Bronte, her 17-year-old sister Emily and her 15-year-old sibling Anne are spending their last summer together as teenagers.

The fictional account imagines how the trio spent their time, exploring their adventures and the lives of the men who are caught up in their experiences.

ZDFE, which is soon to rebrand to ZDF Studios, is working with Ishimoto, Irwin and Myman’s Parsonage Productions to develop the play along with its creator, Franklin. Director Darcia Martin (Call The Midwife) is also attached.

Yi Qiao, director of ZDFE Drama, brokered the deal and said the play “has all the right ingredients to entertain international audiences.”

Ishimoto added: “Caroline’s play intrigued us right from the start. The idea of reimagining the lives of the Bronte sisters on the cusp of womanhood was just too good to resist. We’re delighted to be partnering with ZDF Enterprises, Caroline and Darcia to bring this story to life for the small screen.”