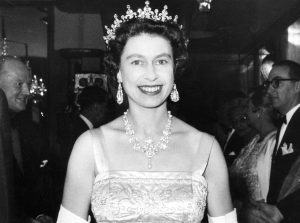 Smithsonian Channel in the US has snagged rights to Queen Elizabeth II, ahead of the monarch’s platinum jubilee year.

The 8 x 60-minute show tells the story of Queen Elizabeth II’s seven-decade rule and uses archive, as well as interviews with prime ministers, royal household members and close friends, to build a personal and memorable picture of the world’s longest serving monarch.

It is being sold by Beyond Rights, which has also finalised several other deals across North America, including extending its pact with The Weather Channel.

That agreement will see the US network buying additional reality titles featuring dangerous and difficult jobs affected by the weather, including Lords Of The Ocean, season 10 of Highway Thru Hell, and season six of Heavy Rescue.

Elsewhere, Blue Ant Media has taken World’s Scariest Hauntings for its new Haunt TV FAST channels in Canada and the US, as well as true crime titles including Confessions Of A Serial Killer, Encounters With Evil and Murder, Lies and Alibis.

Other deals include EarthxTV, the environmentally focused streamer, taking Aussie Snake Wranglers and BYU acquiring season three of Gym Stars, the youth-skewing reality series that explores the lives of some of the UK’s most promising gymnasts.