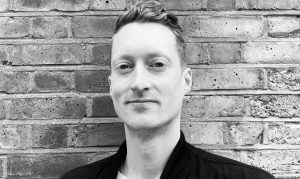 Greg Vince takes the newly-created post of creative director of originals at Aurora, with a remit to increase the company’s factual entertainment output.

He will also focus on creating original content for broadcasters, OTT and streaming platforms, with a number of undisclosed shows already on the Aurora slate.

He joins from Nutopia where he spent almost three years, most recently as series producer of Limitless for Disney+, which is being exec produced by Darren Aronofsky and hosted by Chris Hemsworth.

Before that, Vince worked at the BBC, Amazon and CPL Productions. He has overseen TV shows and formats including Top Gear for the BBC and The Grand Tour for Amazon Prime.

Flanigan said: “Greg has an extensive track record of delivering extremely high quality, narrative-led content, on some of the biggest and most successful global TV shows. His skills are an excellent fit with Aurora’s strength in formatting and producing original and innovative, international content.”