The TV industry’s events schedule remains a challenging environment but face-to-face meetings are a vital tool for the business, writes Marie-Agnès Bruneau, who recently attended French documentary festival Fipadoc. Here are her key takeaways from the event.

The fourth edition of Fipadoc took place last week in Biarritz, south west France, offering a combination of panel sessions for professionals and a festival competition that was attended by the Biarritz public.

Fipadoc showcases local and international feature and TV docs unseen to date in France, as well as webdocs. It succeeded the generalist Fipa festival and focuses solely on documentaries, a decision that was made as the number of drama festivals multiplied in France.

The goal of the event is to work as “a tool box” for documakers and allow professionals to keep up with the ever-changing industry, says Christine Camdessus, one of the two organisers together with Anne Georget, who is also a doc producer. Pitching sessions and hybrid sessions were organised in English for international players unlikely to make the trip to Biarritz, also in a “tool box” mindset, exploring subjects such as how to work with French channels. Here are six key takeaways from the event.

Physical events are vital for docs

While sunshine was not plentiful, the ambiance was busy, warm and friendly, with attendees happy to see each other and catch-up with broadcasters, who all detailed their requirements. Talking to attendees, one could feel the impact that Covid has had on production and delivery of documentaries, many of which are filmed abroad. There’s also a limit to Zoom discussions for docs business, something almost everybody comm ent upon, with documentary content often requiring in-depth discussion. Arte said that its PBS agreement renewal is not moving forward as quickly because more discussion is needed (the channel just aired primetime Ken Burns’ Muhammad Ali doc as part of the deal), while distributors commented that

Zoom is OK for established relationships but not as effective for establishing new ones. French documentary producers have had few opportunities to get together over the past two years, which is why Fipadoc organisers stuck to their plans to organise an in-person event, abiding by all French government rules, and despite Omicron uncertainties at the last minute. “People decided themselves during the week of 7 January! said Camdessus. “I think we’ll continue some hybrid, though, because it enables get to some faraway people”

Role of women is being taken more seriously

Between 2008 and 2018, only 12% of directors behind broadcasted French documentaries were women. That number now stands at 25%, according to Institut National de l’Audiovisuel (INA)’s latest research, and although female producers number many more, there’s no correlation between the two, panellists noted. All broadcasters are looking seriously into the matter: female directors at Canal+ jumped from 20% to 36% this year; at Arte’s Society and Culture unit, it moved from 33% to 43%. The channel has also introduced software to count precisely how many women occupy each position in its commissions. Exploring the role of women in history is also an editorial trend at pubcasters, with France 5 reporting a hit with prehistory doc Lady Sapiens last year, while feminism is among the themes in demand, especially on digital, along with environment and science, reported recently-promoted Arte programme director Emelie de Jong. Arte recently broadcast a doc on first women filmmaker and producer, Alice Guy. 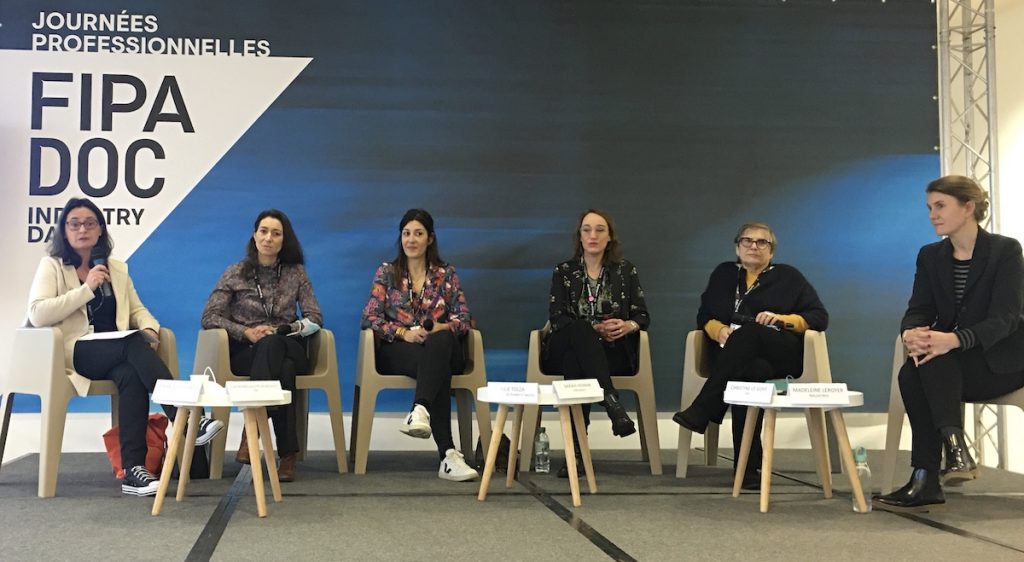 It’s with MyCanal and young audiences in mind that Canal+ has just launched new channel, Canal+ Doc. On-demand viewing of docs is growing, and according to recent research, young audiences are more into factual programming and would even be ready to pay for it, said group documentary director, Christine Cauquelin. France Télévisions announced a specific commissioning strategy of digital doc series destined for its online young adult offer Slash (part of france.tv platform), one of the first of which, 5 x 20-minute show Skateboard Vertical Horizon got selected at Fipadoc’s digital competition. The pubcaster also reported younger audience profiles for some docs on its linear FTA channels which normally rate older, including France 2 Marseille Capital du Rap and last week’s primetime doc, Noir de France.

Streaming usage is also somewhat reviving broadcasters’ commission of miniseries, as well as some true-crime and other more ambitious biopics. Primetime miniseries are making a bigger return on France 2, including history five-parter C’était la Guerre d’Algérie but also true crime four-part show Outreau 20 Years After, which explores an infamous child molestation affair that included the conviction of innocent people, and wildlife four-part mini-series, Méditerranée. Among the high-profile biopics in development is a Canal+ Doc’s show about Karl Lagerfeld, while France Télévisions continues to cheer up international coproducers, especially for France 5 weekly primetime science strand. Caroline Béhar reported that four copros are underway out of its Global doc initiative together with Rai, NHK, CCTV, PBS, Radio Canada, in addition to some continuous relationships with the BBC, including upcoming Dinosaur Pompeii. It also announced a major project about the Eiffel Tower creator with ZDF and Rai, while Arte said some international agreements are pending, without disclosing more. 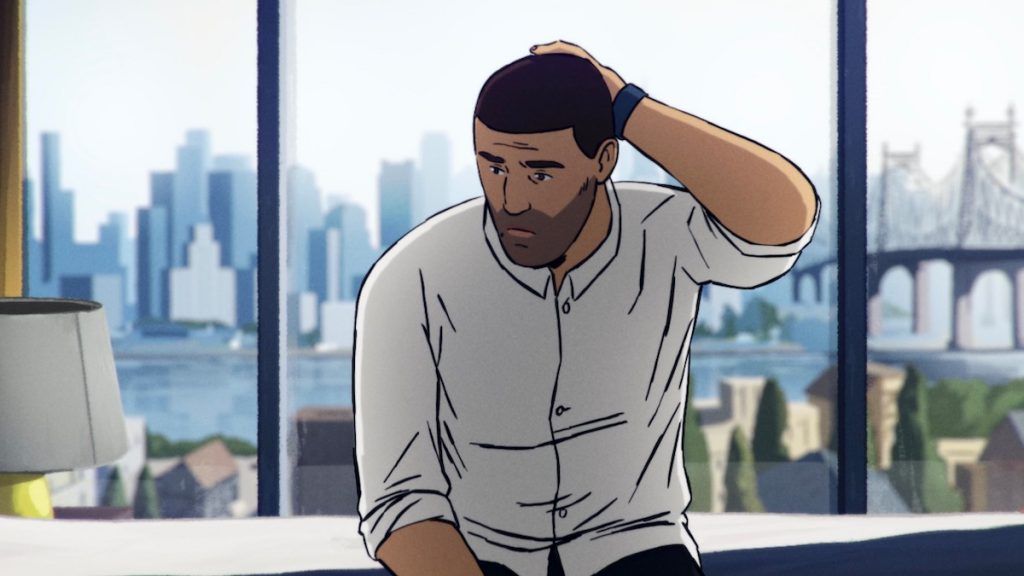 A much applauded special screening at the festival was Arte-backed Danish-French feature doc, Flee, which follows the journey of an Afghan refugee in animation, with real footage as illustration. From broadcasters’ trailers, animation seems to be used increasingly for reenactment, as an alternative to live-action recreations when no archives is available and also because docs are looking to get more creative. Several upcoming Arte shows are using animation, including Rithy Panh’s new feature Everything Will Be OK, which was just selected in Berlin. For her part, Canal+’s Christine Cauquelin saluted the creativity of international acquisition Desert One, from Barbara Kooples, which also uses creative animation.

Doc exports are in good shape, posting growth in 2020, but the economics for French documentaries are getting tighter and, as broadcasters require more digital and sometimes international rights, a distribution strategy cannot be improvised anymore and needs to be thought out very upfront, according to Terranoa’s Emmanuelle Jouanole, also president of distributors unions Sedpa. “For major docs, the maximum you can find in the country is 60-80% of budget,” added Christine Legoff, producer at Zed, “so work upfront together with a distributor has become crucial.” She added that discussion needs to involve a director too, because of international reversions. Regarding under-funding issues, France Télévisions announced at Fipadoc that it intends to improve average investment per doc, but as the overall budget is stable, there is concern that it might affect quantity. Producers also expressed disappointment over the new platforms’ regulation, which includes very little specific documentary obligations. “Please do not miss the bigger picture of having been able to implement production obligations to platforms,” said CNC managing director, adding that a specific quota will be possible through trade negotiations. Worth also noting that two representatives of Netflix and one of HBO Max attended the market and the pitching sessions.