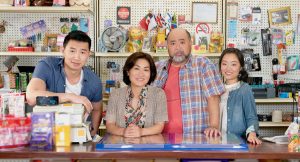 Based on Ins Choi’s play of the same name, Kim’s Convenience depicts the Korean-Canadian Kim family that runs a convenience store in Toronto. It was originally commissioned for CBC, before making its global debut on Netflix in 2018.

“As the FilmRise Streaming Network continues to grow, so does our approach in acquiring programs featuring unique stories from people of diverse backgrounds. Kim’s Convenience has had a huge impact on a wide range of viewers, and we are thrilled to bring this culturally relevant series for free to streaming audiences worldwide,” said Max Einhorn,  SVP of acquisitions & co-productions for FilmRise. 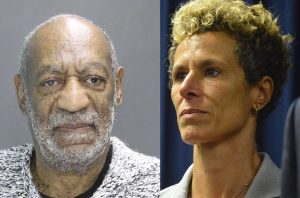 The Case Against Cosby

LA-based Rive Gauche has taken global distribution rights to The Case Against Cosby, a two-part documentary about sexual assault accusations brought against the actor Bill Cosby.

The documentary follows the journey for justice driven by the only survivor whose case could be tried in a court of law, Andrea Constand. Based on her memoir, The Moment: Standing Up to Cosby, Speaking Up for Women, the programme will reveal the stories of the many who have finally been able to raise their claims publicly against the former TV icon.

The Case Against Cosby is produced by Prospero Pictures in association with AfterShock Media-owned Rive Gauche.

“We’re incredibly proud to bring this documentary to the world to shed light on the truth of what these women and other women endure at the hands of sexual predators,” said Marine Ksadzhikyan, COO & EVP of sales at Rive Gauche.