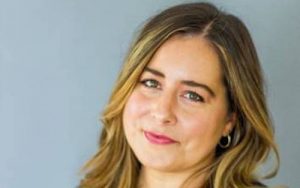 BBC Studios (BBCS) has tweaked its senior management in LA, with the promotion of former Cineflix and 3 Ball exec Eve Frederick.

Frederick becomes SVP of production at BBCS LA, where she will continue to lead the US adaptations of the organisation’s global formats.

She has recently worked on three seasons of the Life Below Zero banner for National Geographic, the true crime documentary Murder Among The Mormons for Netflix, Ex-Rated on Peacock, and Top Gear America on MotorTrend.

Frederick was most recently VP of production at BBCS LA, where she also has credits on Port Protection and Texicanas for Nat Geo. Her remit includes safety of cast and crew across locations, as well as leading on sustainability initiatives for BBCS in LA.

Valerie Bruce, GM for BBCS’s Los Angeles Productions arm, said: “Eve has proven to be a decisive and solution-oriented leader as she navigates the daily challenges that arise in unscripted production.

“Over the past two years throughout the pandemic, she has skillfully managed a multitude of rapidly shifting circumstances. Eve’s production expertise, her commitment to our crews as well as to the creative vision for our series, and her focus on advancing sustainability are vital to our Los Angeles production business.”

Prior to joining BBCS in 2018, Frederick worked at the LA division of Matador Content and she has also had stints at Cineflix, 3 Ball, ViacomCBS, Discovery, Oxygen and MTV Networks.