Formats round-up: Noovo bring ‘Survivor’ to French-Canada; TF1 sings out for ‘That’s My Jam’; Something Special teams with MY Entertainment 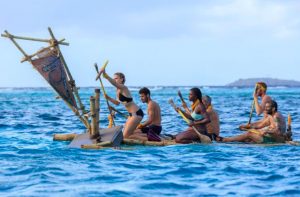 Network owner Bell Media is working with ToRoS productions on a local adaptation of the format, which is distributed globally by Banijay.

Survivor features participants trying to survive in remote nature settings. They must get their own food, start a fire for comfort and build safe shelters. All while competing in endurance, skill and mental challenges or solve riddles. Every week one survivor will be voted off until a winner is crowned by exiled contestants.

The Noovo deal was negotiated by Jane Rimer, SVP of Canada, at Banijay Rights, who said: ”Survivor has been a global success story for the last three decades and we are proud to be working with Bell Media to bring this tour-de-force format to French Canadian viewers for the first time. 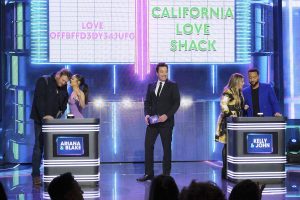 The French adaptation will be produced by TF1 Productions and Universal Television Alternative Studio, a division of Universal Studio Group, with production set to commence next year.

That’s My Jam draws inspiration from the musical segments on NBC’s The Tonight Show Starring Jimmy Fallon such as ‘Wheel of Musical Impressions’, ‘Musical Genre Challenge’, and ‘Slay It Don’t Spray It’. The French version will see celebrity guests team up and face off in musical inspired games and epic performances, which promise to entertain.

“Working with Enrique Guillén, NBCUniversal Formats and the Universal Television Alternative Studio team has been a rewarding and inspiring collaborative process, and I cannot wait for French audiences to experience this special adaptation. That’s My Jam will enrich our entertainment line-up while offering epic performances, brilliant family fun, and unmissable humour.”

Something Special teams with MY Entertainment

South Korean format agency Something Special has formed a co-development partnership with US-based MY Entertainment Productions.

The deal sees both companies initially co-developing three new unscripted formats Smashed Hits, Inseparables and The Quizzy Horror Show for US networks and streaming platforms, as well as the international marketplace.

Smashed Hits (working title) is a primetime game show that sees contestants compete to identify popular songs what have been mixed together and creatively reinvented so that they are barely recognizable. Each episode will feature guest appearances by the biggest names in the music industry who join the fun by performing other artists’ hits in very surprising ways.

Inseparables (working title) is a competition show that will test the strength of couples’ relationships as they attempt to overcome the issues presented by smaller and smaller quarters to win the ultimate dream house.

The Quizzy Horror Show (working title) is a competition series that sees contestants challenged not to  blink their eyes at a series of spooky heart-beating moments.