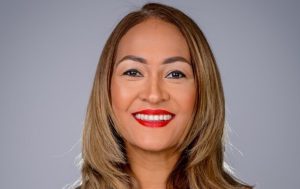 Reporting to Marva Smalls, EVP and global head of inclusion for ViacomCBS, and Raffaele Annecchino, president & CEO of VCNI, Beckmann will be responsible for leading a global team in driving diversity and inclusion strategies and initiatives for VCNI.

Beckmann joined the company in 2017, since which time she has served as communications director for ViacomCBS Networks Africa, leading corporate, consumer and internal communications across Africa.

During her tenure, she has worked on initiatives driving change through youth culture led edutainment on gender-based violence, human rights and mental health through the BET International Global Good Award at the BET Awards, Stop The Violence Campaign, MTV Generation Change and MTV Shuga.

Beckmann has also collaborated with industry partners around mentorship, skills and development, including UNICEF, World Food Program, Malaria No More and Global Citizen.

“We have a critical responsibility to elevate the voices and issues that matter most to our employees, audiences and communities around the world to foster a culture of unity and belonging,” commented Beckmann.