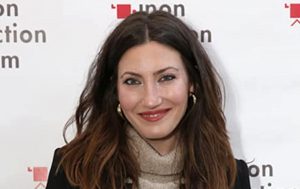 WarnerMedia-owned streamer HBO Max has ordered a limited docuseries based on a recent Vanity Fair article about Guru Jagat, a star of the Kundalini yoga practice and controversial founder of the RA MA Institute.

The four-part Breath Of Fire is being produced by Vanity Fair Studios and SecondNature and will examine how Jagat’s sudden death this summer at the age of 41 brought an end to her ever-expanding wellness empire, which had many celebrity followers and loyal disciples.

The series explores the culture of modern spirituality through the rise of Kundalini yoga in the west, from its origins with Yogi Bhajan in the 1960s to its presence in millennial wellness circles today.

Production company SecondNature was founded by Hayley Pappas, Matt Ippolito and Smiley Stevens and its recent credits include the features Flee, AKA Jane Roe and Hunger Ward.

They are also currently in production on one series and two feature documentaries, one of which is slated to premiere on Netflix in 2022.