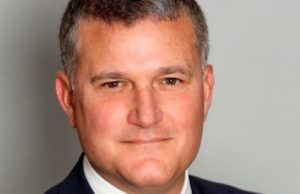 Stephen Davis becomes chairman at Exile Kids and will work with the team to identify and scale global franchises for the studio across original IP, acquisitions, licensing and merchandising.

The company is not new to kids programming, having worked on the Club Mundo Kids educational series, which launched in April. It also has eight live action and animated children’s series in development.

Davis had been consulting for Exile since leaving Hasbro in 2020, following an 11-year stint with the toy firm. He was behind shows including My Little Pony and Micronauts, and also worked on the Transformers franchise.

During his time with the firm, he also led Hasbro’s global consumer products licensing & publishing division, and managed Hasbro’s ongoing interest in the Discovery Family Channel. Prior to that, he worked for Family Entertainment Group, Granada America and Carlton America.

LA-based Exile was launched in 2018 and produces long and short-form content in Spanish and English.It recently co-produced Todo Va A Estar Bien with Diego Luna as showrunner, and Sueño Real, about Real Madrid´s women’s football team with journalist Ana Pastor.