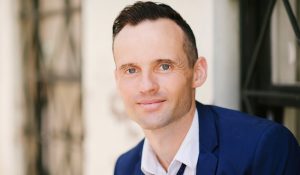 The ABC in Australia has ordered a six-part drama written by Tommy Murphy (Devil’s Playground) that explores the aftermath when a single mother goes missing.

Significant Others is being produced by Fremantle Australia and will air in 2022 on ABC.

The story follows a single mother who fails to return home from her morning swim, leaving behind two teenagers and a fractured family searching for clues in the rubble of the catastrophe.

It will be distributed globally by Fremantle and has received “major investment” from Screen Australia in association with the ABC and financed with support from Screen NSW.

Murphy described the show as “a character-driven series with an undertow of intrigue”, which follows a family tearing each other apart over a missing loved-one.

Sally Riley, the ABC’s head of drama, comedy & indigenous, said: “It is our absolute pleasure to be working with Tommy Murphy on this captivating drama that provides surprising insights into grief, family and loss. We are proud to be uniting with our production partners to bring Significant Others to ABC audiences next year.”