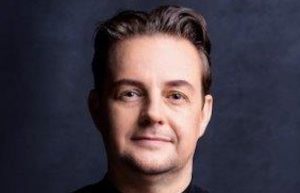 Muse Entertainment, the Canadian indie behind Coroner, has hired veteran Mayor Of Kingstown producer Alex Jordan as SVP of production.

Toronto-based Jordan will join the company on 1 January, where he will work closely with president of production Irene Litinsky, as well as with Muse’s development teams in Montreal, Toronto and Los Angeles, to produce scripted programming across all genres and formats for the global market.

Jordan’s most recent project was the first season of Mayor Of Kingstown for Paramount+, and he also has a Telefilm supported international co-production, Between Waves, currently on the festival circuit.

He previously worked on action shows Nikita, Transporter: The Series and Rogue and produced five seasons of comedy-drama Private Eyes.

Jordan’s appointment comes as Muse seeks to bolster its global reach and just weeks after the company inked an exclusive first-look deal with former Vice Media Group EVP Michael Kronish to develop and produce factual programming for the international market.

“We are thrilled to have Alex join the Muse Family. Alex has a track record of producing great shows, and I look forward to having such a respected and talented leader in our Toronto operation,” said Litinsky.

“I couldn’t be more excited to join the incredibly well-respected team at Muse Entertainment. Their focus on creating premium content across international markets is something I look forward to being a part of,” added Jordan.

“Toronto is a diverse and exciting city for filming, desirable not only for Canadian productions, but productions from around the world. I’m honoured to lead Muse’s reach into this booming film market.”