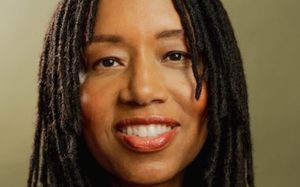 She will take charge of the programming and development team for the network and global streaming platform and work to deliver on its programming mandate of narratives by, about and for women and underrepresented audiences.

Busby takes over the role vacated by Christina Davis in June, inheriting a slate including series such as Blindspotting and Gaslit. She arrives at Starz from Sony Pictures Television, where she served as EVP of its TriStar Television, working on projects including The Afterparty, a Malcom X series based on the books X: A Novel and The Awakening of Malcom X and a series based on Kirsten Chen’s upcoming novel Counterfeit.

She previously served as SVP of development at Sony Pictures Networks where she developed and produced projects including the drama series Absentia. Busby also sat on the Sony Pictures Action Council, which implemented the studio’s racial equity and inclusion initiatives.

“Kathryn is an incredible well-seasoned executive who has a long-running track record of developing series with unique voices,” said Starz President and CEO Jeffrey Hirsch, to whom she will report.

“We are excited to welcome her to the Starz team where I know she’ll be instrumental in furthering the company’s commitment to deliver programming for women and underrepresented audiences.”

Busby added: “The time is now for storytelling that celebrates the full spectrum of humanity, and the place to do it is Starz. This is an amazing opportunity, and I can’t wait to get started.”