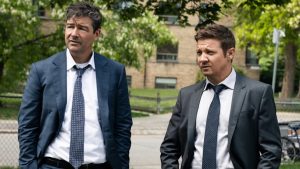 ViacomCBS has claimed that its streaming service Paramount+ has experienced its “most successful week ever” after it added more than one million new subscribers.

The company said that this was a new record for total signups since its rebranding from CBS All Access, and that it had also hit new highs for most hours streamed and highest level of subscriber engagement.

The subscription boost came in a week that ViacomCBS said was “fuelled” by the premieres of content such as original drama Mayor of Kingstown and family film Clifford The Big Red Dog.

“This week we ushered in a mix of must-see originals, a blockbuster family film and top-tier sports that appealed to the whole household. This is a content strategy we will continue to lean into as we invest in scaling Paramount+,” said Tom Ryan, President and CEO, ViacomCBS Streaming. 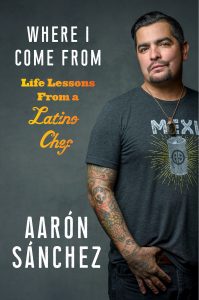 The company, which produces the Fox series MasterChef, on which Sánchez is a judge, has optioned the rights to the chef’s memoir, Where I Come From: Life Lessons From a Latino Chef, and is currently developing it for a potential scripted series.

“America knows and loves Aarón from MasterChef and his myriad culinary accomplishments, but most people don’t know the amazing journey and the obstacles that he and his mother overcame to become pioneers of Mexican-American cuisine in this country,” commented the studio’s CCO Sharon Levy.

Canadian prodco Great Pacific Media, a division of Thunderbird Entertainment, has partnered with director, writer and producer Brad Peyton and physicist Michio Kaku for a new drama-doc series, If: Imagine The Impossible.

The futuristic series is based on Underknown’s social media sensation What If, which is claimed to be the number one science program on social media, with 30+ million followers and over 10 billion views on YouTube.

Peyton joins If: Imagine The Impossible as director and executive producer, while Kaku will serve as the narrator and on-screen expert as well as the series’ lead science consultant behind the camera.

“In collaboration with the producers at Underknown, we are thrilled to partner with the talented Brad Peyton and inspiring Michio Kaku, and work alongside this group of visionaries on a new drama-doc series,” said David Way, president of Great Pacific Media. 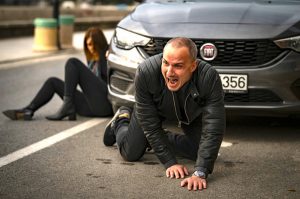 Serbian-British crime thriller BESA is returning for a second season later this month.

Produced by Adrenalin and Telekom Serbia, the series, which launched in 2018, will air across the Balkans, following its premiere on 22 November in the TV Beats section at PÖFF, Tallinn’s Black Nights Festival in Estonia.

The show will then roll out across the Balkan, beginning on 27 November.

Season two continues with the desperate struggles of Uros, an ordinary man indebted to a local drug lord, who was forced to become a hitman to protect his family.

“Following the huge success of the first season, I am delighted to announce the launch of BESA 2; this exciting story will continue to captivate audiences, with its compelling plot, stellar cast and crew; I am proud that we can continue to produce such high quality television for both local and international audiences,” commented executive producer Tea Korolija.