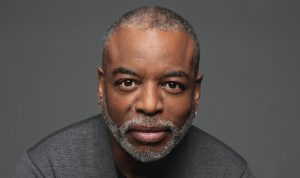 Actor, author and TV host Burton (Star Trek: The Next Generation) will present the show as well as executive produce, alongside Tara Long and Geno McDermott from eOne and LBE’s Sangita Patel.

“LeVar Burton has been an iconic member of American pop culture for decades from Roots to Reading Rainbow to Star Trek and beyond. His love for intellectual curiosity paired with his ability to connect with audiences worldwide make him the perfect partner to bring Hasbro’s beloved trivia game to households in a new and exciting way,” said Long, president of global unscripted television at eOne.

“Trivial Pursuit is one of the best-known brands in the gaming universe. I am thrilled to have partnered with Hasbro and eOne to bring this beloved game to market as a premium show for television,” added Burton.

Harris, who already serves as deputy chair of the organisation, will act as its ambassador for its charity work and support Bafta founder, the Duke of Cambridge.

“I believe passionately in the work which the charity is doing to widen participation in film, games and television,” said Harris.

Red Arrow, which is the production and distribution arm of Germany’s ProSiebenSat.1 Group, acquired Cleveland-based Gravitas in 2017.

The company releases more than 300 films each year, with titles including Queen Bees and The Secret: Dare to Dream. 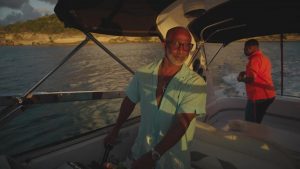 Billionaires’ Paradise: Inside the Caribbean

UK broadcaster Channel 4 has commissioned a new series exploring the luxurious lives of British ex-pats, residents and visitors on the Caribbean islands.

Produced by Spun Gold TV, the 4 x 60-minute Billionaires’ Paradise: Inside the Caribbean (working title) travels to some of the most iconic locations amongst the region’s 7,000 sun-kissed islands that form one of the UK’s top dream holiday destinations.

They’re also the home of some of the world’s richest people. The series follows them – many of whom are self-made business people born or with roots in in the region – as they live, work, party and chill out in the ultimate paradise, which comes alive during the British winter.

Becky Cadman, commissioning editor at Channel 4, said: “This series will bring us all some much-desired sunshine, glamour and offer a glimpse into a lifestyle many of us just dream about. We welcome the fact that this brilliant Spun Gold series is being made by some of the most talented Black producers in the industry.”