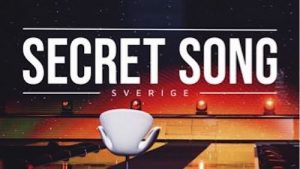 The show, which was created by DMLSTV for TF1 in France, will be produced by Warner Bros International TV Production Sweden for TV4, with an eight-part first season in the works. It will debut Sunday primetime from 9 January.

The Greek show, meanwhile, is also formed of eight episodes and will debut in Spring 2022 on Alpha TV, following the deal with distributor Can’t Stop.

The Secret Song follows celebrity singers, TV hosts, comedians and athletes who are seated in the middle of a stage on a special chair to watch other artists, friends or family surprise them with a new take of one of their own favourite songs.

The Swedish and Greek commissions follows the format’s launch in Finland, where Laulu Rakkaudelle – Secret Song Suomi doubled the slot performance for MTV3 across all demos. The show was produced by Warner Bros International TV Production Finland and its premiere became the second highest rated entertainment show in 2020 on Finnish TV, with a second run now in the works.

The format has also been remade in Italy for Rai 1, while TF1 has ordered a series of specials based on the format for the next year.

Matthieu Porte, partner for international & development at Can’t Stop, said: “Big shiny floor feel-good primetime formats are in high demand to fill the grid of broadcasters. Having been a success everywhere it has launched so far, The Secret Song is logically imposing itself as one of the strongest brands on the market, currently. We are targeting adaptations in seven territories in 2022, it will be one of the hot properties of the next few years.”