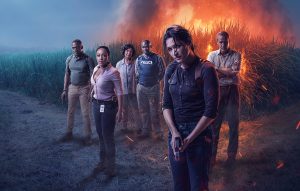 BritBox North America, CBC in Canada and Channel 4 in the UK are among a slew of streamers and broadcasters to acquire the M-Net drama series Reyka, following deals with distributor Fremantle.

The eight-part South African drama, which was co-produced by Harriet Gavshon for Quizzical and Serena Cullen for Serena Cullen Productions, has also travelled to SBS in Australia, TVNZ in New Zealand, Canal+ for numerous territories, including Poland and France, RTL for Germany, Cosmote TV for Greece and Sky Italia for Italy.

HBO LatAm will meanwhile launch Reyka in numerous countries following a pan-regional deal, while pther territories that have boarded the series include Marjan Television and OSN Streaming in MENA Region, HOT in Israel, RTL Klub in Hungary, Viasat for Russia & CIS, Georgia & Ukraine and NOW TV for Hong Kong & Macau.

Set against the tropical coastline and vast sugarcane field of KwaZulu Natal, the crime thriller follows the life of Reyka Gama, a flawed but brilliant female detective, who is haunted by her past.

Julie Hodge, editorial director of global drama for Fremantle and executive producer for Reyka, said: “With compelling scripts, world class performances and astonishing production values, it is not a surprise the series has performed excellently for M-NET and I have no doubt that success will be emulated in the international market. 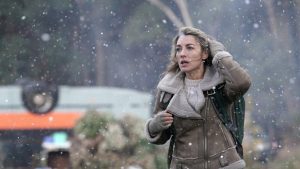 US network NBC has renewed a drama series La Brea for a second season.

Produced by Keshet Studios, the US production arm of Keshet International, and Universal Television, the series follows the aftermath of a huge sinkhole opening up in the middle of Los Angeles, leading to hundreds of people, vehicles and buildings being pulled into its depths.

Produced by Leistner Pictures, the doc follows the filmmaker from 2016 to 2019, during which time she was embedded within a community of over 100 planters, traversing treacherous terrain to chronicle their work.

“Returning to tree planting was coming full circle for me,” said Leistner, “I’ve always said that the work of tree planting prepared me for working in other challenging circumstances, like conflict zones. I wanted to bring all the skills I’d learned over the subsequent 20 years as a photographer, to come back and pay homage to my old profession.”

Syndicado will be releasing the film in North America in 2022 and handling sales at upcoming markets including IDFA, Berlinale, RealScreen and MIP TV.