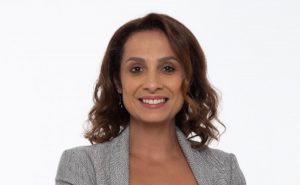 Endemol Shine Brasil has appointed Adriane Freitas as CEO, replacing Juliana Algañaraz who departed in May.

Freitas – known as Nani – takes on responsibility for the entire operation of the Banijay-owned division in Brazil, which is behind local versions of formats such as MasterChef, The Masked Singer and The Bridge, as well as branded content and digital products.

She has been in interim charge since May, when Algañaraz left to start her own production company, and continues to report to president of Endemol Shine Latino, Laurens Drillich.

Freitas was previously operations director & VP of production and operations for TV at the Brazilian firm, and before that worked for companies such as Grupo Bandeirantes, SporTV and New Content.

“Occupying such an important and relevant chair within one of the world’s leading production companies fills me with enormous pride. And today, as women fight for salary equity and leadership positions, this is a recognition that is accompanied by a feeling of true gratitude. It was years of hard work and I feel very honoured,” said Freitas.

Drillich added: “Nani has proven to be a skillful, hardworking, down to earth and kind leader. In addition, today we have an extremely dedicated and talented team at Endemol Shine Brasil, that will continue to create and produce extremely high quality content and partner with all broadcasters, platforms, channels and brands in Brazil.”