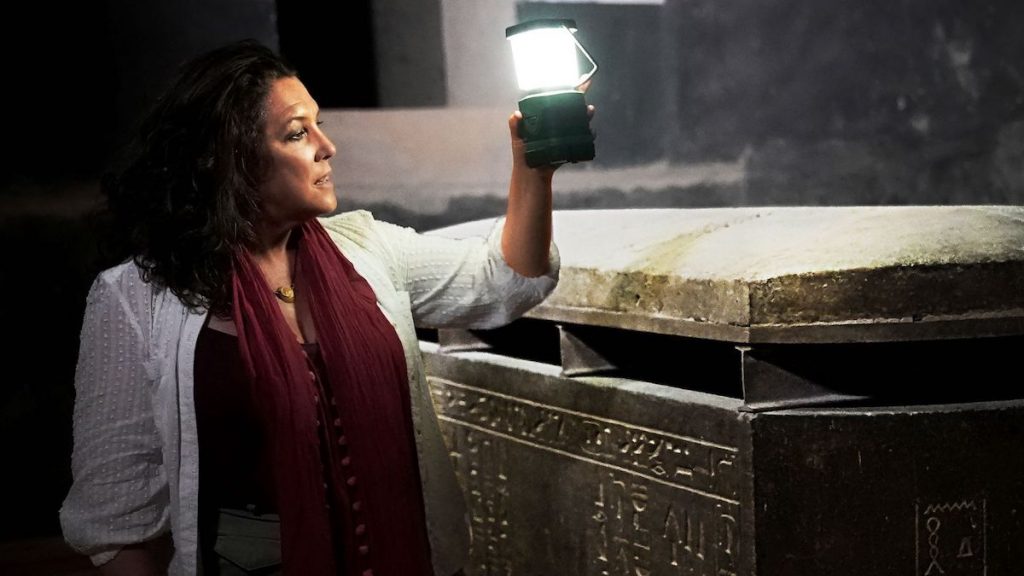 Voices Of The Dead

Among the new content heading to the services is Sandstone Global’s 3 x 60-minute Voices Of The Dead, which was originally commissioned for Channel 5 in the UK and sees Professor Bettany Hughes using new technology while putting her investigative skills to the test, revealing intimate portraits of people and how they lived in Ancient Egypt and Pompeii.

Cream Productions’ 6 x 60-minute The Story Of Late Night, which was made for CNN in the US, takes viewers on a journey through late-night television’s most memorable moments, with behind-the-scenes stories from A-list Hollywood insiders.

WWII By Drone is a 6 x 60-minute series produced by Like A Shot Productions for UKTV and Smithsonian Channel in the US, which brings Europe’s sleeping battlefields back to life as never before thanks to cutting-edge CGI and drone-mounted technology.

Meanwhile, the 2 x 60-minute Battle of Alcatraz, from Hoff Productions for Reelz in the US, tells the story of one of the greatest jailbreaks of all time.

Other factual shows headed to SBS include Battle of Britain: Three Days That Saved the Nation, The Day Hitler Died and The Day Kennedy Died.

Chris Bluett, SVP Sales, Asia Pacific and Benelux, at Cineflix Rights, commented: “History has always been a strong performer in the Australian market, and I’m delighted to be continuing Cineflix’s longstanding relationship with SBS with sales of some of the latest additions to our slate alongside enduring titles.”