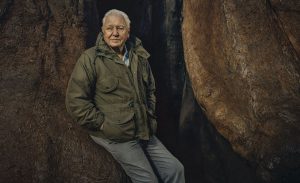 Broadcasters across the globe have signed pre-sale deals with BBC Studios for its upcoming Natural History Unit series The Green Planet.

Presented by David Attenborough, the five-part series was produced by BBC Studios Natural History Unit for BBC and PBS, and co-produced by the Open University, bilibili, ZDF German Television, France Télévisions and NHK. It is billed as “the first immersive portrayal of an unseen, inter-connected world, full of remarkable new behaviour, emotional stories and surprising heroes in the plant world.”

“The sheer scale and ambition of The Green Planet is incredible; producing previously unseen and unique stories from the plants kingdom our audiences worldwide will be immersed in a truly unforgettable experience.” 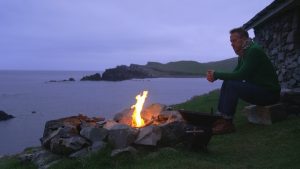 SBS in Oz deals with DCD

SBS in Australia, VRT in Belgium, Geo Television for German speaking Europe, Viasat World for Central & Eastern Europe, Scandinavia, Russia and CIS and the Knowledge Network in Canada have all acquired Treasures With Bettany Hughes.

The 6 x 60-minute series, produced by Sandstone Global Productions in association with BBC World News, travels from Gibraltar to Instanbul via Italy, Greece and Malta.  Boasting unique access and state-of-the-art technology, Bettany Hughes lifts the lid on the most remarkable treasures of civilisation to investigate the story of humanity.

Meanwhile, SBS has also picked up the 4 x 60-minute Scottish Islands With Ben Fogle, which follows the adventurer as hesets out on a personal pilgrimage across Scotland’s islands to rediscover his own sense of spirituality.

Nicky Davies Williams, CEO at DCD Rights, commented: “We have found that our travel and history programming has been particularly sought after by international broadcasters during this difficult time for international travel.  And we expect there will be even longer bucket lists of desired locations to visit after these inspirational series air.” 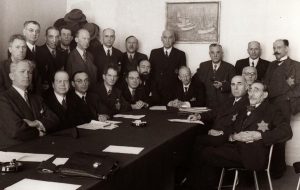 Netherlands-based Dutch Features will kick off pre-sales on a new World War Two series, The Jewish Council, at MIPCOM next week.

The series is based on the real events and characters involved in the deportation of more than 100,000 Dutch Jews during the war. The series will be produced by Alain de Levita, Paula van der Oest and Mark van Eeuwen from Levitate Film for broadcaster EO.

The budget is set at €5m, with first financing in place through the NPO Fund and the Film Production Incentive of the Netherlands Film Fund.

Pim van Collem, CEO Dutch Features, commented: “This dramatic story is still urgent today, dealing with universal themes such as survival, betrayal, self-preservation, family and community. We have immense faith in this high-end production and are looking forward to kicking off the international journey of this incredibly relevant project at MIPCOM.”