Netflix has commissioned a sequel to the global factual hit Tiger King: Murder, Mayhem & Madness among a line-up of upcoming documentaries exploring crimes, cons and scams.

Tiger King 2 will debut on the streamer later this year, as A Goode Films production in association with Library Films and Article 19 Films, with directors Eric Goode, Rebecca Chaiklin returning for the follow-up instalment.

Both will also executive produce, alongside Chris Smith and Fisher Stevens.

Netflix promises “more madness and mayhem” in this sequel to the original docuseries, which quickly became a global phenomenon after its debut in March 2020. 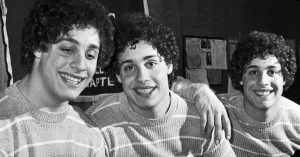 Raw, the UK-based behind The Lost Sons and Three Identical Strangers, are meanwhile producing two projects the streamer.

Three-part docuseries The Puppet Master: Hunting The Ultimate Conman will debut in January 2022 and tell the story of one of the world’s most audacious conmen who was convicted in 2005 for stealing fortunes and destroying multiple lives.

Sam Benstead and Gareth Johnson are directing, while Bart Layton and Rebecca North are attached to executive produce.

Their second project is one-off doc The Tinder Swindler which is set to premiere in February 2022.

It tells the story of a prolific conman who posed as a billionaire playboy on Tinder, and the women who set out to bring him down.

Felicity Morris will direct, while executive producers include Bart Layton and Sam Starbuck for Raw; Jeff Gaspin and Eric Levy for Gaspin Media and Stuart Ford and Lourdes Diaz for AGC Studios.

Minnow Films-produced Trust No One: The Hunt For The Crypto King will land in 2022 and follow a group of investors turned sleuths as they try to unlock the suspicious death of cryptocurrency multimillionaire Gerry Cotten and the missing $250 million they believe he stole from them.

Meanwhile, docuseries Bad Vegan, which debuts next year, tells the story of celebrity restaurateur Sarma Melngailis, who becomes the “Vegan Fugitive” when she’s conned out of millions by a man who convinces her that he can expand her food empire and make her beloved pit bull immortal – as long as she never questions his increasingly bizarre requests.

Netflix’s Adam Del Deo, VP of documentary series and Lisa Nishimura, VP of independent and documentary film, commented: “Whether you want to dive into the psyche of a con artist, empathize with the victims of a scam, or piece together the puzzle of an investigation, these wild stories are often full of surprising twists and unusual perspectives.”